Charity may begin at home, but charity’s reach is often felt thousands of miles away in far corners of the world.

According to an Indiana University survey, there are nearly 100 organizations based Indianapolis that work overseas, and each provides unique opportunities for individuals here to share their time and talents. 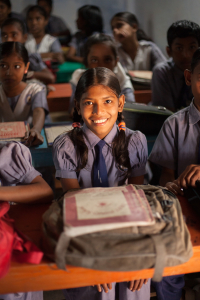 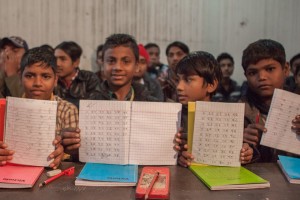 In each case, the founder witnessed disparities firsthand and was inspired to act.

In 1996 and 1997, Kokomo-born Dr. Chuck Dietzen, the medical director for in-patient rehabilitation at Riley Hospital for Children, traveled to India on orthopedic missions and worked alongside Mother Teresa. Inspired to make a deeper commitment to the medically underserved, Dietzen founded the Timmy Global Health in 1997. The organization now works continuously in three countries – Ecuador, the Dominican Republic and Guatemala and serves about 14,500 patients each year.

Quito, Ecuador: Timmy’s partner is Tierra Nueva, a large nonprofit organization. At present, there is an outpatient medical institute, a fully-functioning medical hospital, a mobile medical unit and social work department, along with other services. (Photo provided by Timmy Global Health)

“As Timmy has evolved, we realized that we can do the most good, if we are back and serving the same communities continuously with quality health care services. The only way that we can achieve that mission is by empowering students and other volunteers to come along with us,” said Alyssa Rossodivita, the organization’s U.S. programs manager.

In September 2004, Anwar Khan, a General Motors’ auditor and Bangladeshi living in Indianapolis, came across an article about the plight of a forgotten Urdu-speaking community. Civil war in 1971 had pitted East Pakistan against West Pakistan and resulted in the formation of Bangladesh. Over 300,000 people were resettled in camps in the new country and are unclaimed by both the governments of Bangladesh and Pakistan.

The stranded Biharis suffered silently in 116 makeshift camps spread around the country. Khan read about their hardships and struggles of living in camps that did not provided access to clean water and where children did not go to school. After a trip to see firsthand the camps’ deplorable conditions, he knew he had to do something and OBAT Helpers was founded in 2004.

When George Srour was a college student, he first visited Uganda during a United Nations internship. He came back with a goal to raise the funds at his school, the College of William & Mary, and build a new school in Kampala. Through its Christmas in Kampala campaign, students raised the funds to construct that new school. In 2006, Building Tomorrow was created to continue this work and engage U.S. college students in the effort.

Some ways you can help?

Besides ongoing volunteers, Building Tomorrow has key times of year when it needs additional help.

Last year, the nonprofit partnered with a well-established networking group, Indy Hub, to connect them with enthusiastic volunteers for its Burger Battle. This year the event is Aug. 1 and is a chance for restaurants to battle for votes and be named “best burger.”

The nonprofit’s annual gala fundraiser is Build a School Night and will be on April 17. It is another opportunity to connect and learn about its work casino in East Africa.

There is a certain amount of investment to onboard a volunteer that includes staff time to training, said Zarich.

“It has to be a good fit for the organization and a good fit for the volunteer. One of the challenges for us is that we have people who come to us and say, ‘I want to help you.’ And it can be hard for us to match volunteers with jobs that are a good use of their skills,” said Zarich.

In 2011, OBAT began Rehma, an annual event to benefit another local nonprofit. The word is Arabic and means compassion. This year it will benefit the Syrian refugees who will resettle in Indianapolis with funds supporting ESL classes, driving lessons and basic necessities of living.

“This is the city where the organization was created, so what we have done with that is every year we identify a local pressing need, and we organize a 5K walk/run,” said Saima Hassan, OBAT’s director of development and communications. That May 9th 5K walk/run needs additional volunteers.

Volunteers can share or use a talent overseas. While the volunteer pays for airfare, the organization can provide accommodations and other in-country expenses.

“They can actually travel to the camps and teach people skills. So any kind of talent people can offer. If they know photography, they can go and teach. They can go and teach English to the students. If they have any medical skills, they could hold a medical camp over there. So things like these can also be very, very helpful,” said Saima Hassan, OBAT’s director of development and communications.

Both Timmy Takedown wrestling event and Trivia Night are fun fall events and another way to learn about the nonprofit. Last year, Trivia Night teams consist of four to six players and cost $50 or 500 vitamins per team to play.

This October, the nonprofit will add a young professionals’ trip to one of its international sites. For the first time, travelers do not have to be a member of a Timmy chapter.

One difficulty that each nonprofit faces is illustrating the impact that volunteering stateside has on international work.

“What we’re working towards is building the connection between the staff on the ground and our students here in the United States. So what we’re trying to do is build up a series of webinars where they can meet the staff members who are on the ground, and see them and hear them,” said Timmy’s Rossodivita.

Doctors, nurse practitioners, physician assistants, nurses and pharmacists, can volunteer for the organization’s 8- to 10-day service trips to Ecuador, the Dominican Republic or Guatemala.

But travel isn’t required for all volunteering. There is plenty more to do stateside to help these nonprofits deliver international programming.

Building Tomorrow became a nonprofit in Indianapolis nine years ago. Today, it has chapters at 20 colleges and universities that provide the funds to give Ugandan students access to education. One hundred percent of the money raised by these chapters goes to construction of schools. To date, that is 20 schools in rural areas of the East African country with capacity for 6,300 students.

“Education is one of the key factors in a number of issues affecting the developing world, including overcoming poverty,” said Katie Zarich, Building Tomorrow’s financial optimist. “By helping people achieve primary education, we are helping to combat a lot of problems.”

Including the chapters’ membership, board members and local volunteers, Building Tomorrow annually works with 250 U.S. volunteers. It hopes to increase its number of U.S. chapters as it continues towards its goal of providing education facilities for nearly 51,000 out-of-school children in rural Uganda by 2019, in a co-partnership with Educate a Child (EAC) announced last year.

Timmy Global Health’s work, too, is fueled by 45 college-student chapters with a high percentage located in Indiana. There are also 10 high school chapters in Indianapolis. Part of the nonprofit’s work is growing future global health leaders.

Student chapters are asked to do three things — fundraise for programs, do service abroad and do advocacy to raise global health awareness. The organization has connected area chapter volunteers with IU Health Garden on the Go.

“But we tell them to also take the service to another level and do it locally. Because if you’re really going to take that global term to heart, you’re going to have to do service here in a food pantry or in a clinic, and also abroad to fully understand what health disparities look like globally,” said Rossodivita.

OBAT Helpers relies on local volunteers for its fundraising events, donation campaigns and visibility. Young professionals can join H2O or Help to OBAT and younger volunteers can connect through Friends of OBAT.

One way the nonprofit has found to increase its visibility is through photos taken by Katie Basbagill, an international photojournalist. Using her photos, the nonprofit has developed an exhibit for churches, libraries and other organizations that shares its mission with other constituents. In 2012, Basbagill traveled with OBAT’s founder Khan to the camps and her photos were used for the display and also for a book to tell the stories of people in the camps helped by OBAT.

What these charities have found is that young people today are willing to give their time, but they want to know that it will have a long-term effect.

“Students are very, very smart now,” said Rossadovita. “They come to us and they will say, ‘Cool that I can volunteer, but tell me how your organization is acting in a sustainable way. Tell me how you are preparing the local community to be self-sufficient and independent when you are gone.’ That’s a difference from my generation. When I was in high school and college, I knew I just wanted to help people.

“We need to be able to tell them how we empower the next generation of global leaders to expand access to health care and here are the specific ways we’re doing it, sharing our model, really stressing global competency in our local chapters and our push for local empowerment. So smarter volunteerism, and also more cultural sensitive volunteerism,” she said.