(photo credit: Freddi Stevens-Jacobi) Charitable Advisors’ Not-for-profit News was among the organizations receiving first-place prizes Friday night at the 2018 Best in Indiana awards hosted by the Indiana chapter of the Society of Professional Journalists. Editor/writer Lynn Sygiel was honored for her three-story series “Recent legislations’ impact on nonprofits,” which looked at how changes in […]

By Lynn Sygiel, editor, Charitable Advisors Diehard punk rock fans may know Peter Murphy as the former front man for the once-popular British goth band Bauhaus. Bauhaus broke up in the early 80s, but Murphy is currently back on stage with a 40th anniversary reunion tour. Getting excited? Getting your ear plugs ready? Calm down. […] 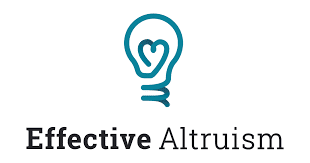 Compiled by Lynn Sygiel, editor, Charitable Advisors The effective altruism movement started with a simple question: Was there a way to apply data and reason to altruistic acts? In 1993, two economists Michael Kremer and Rachel Glennerster traveled to Kenya for a vacation. Both had studied economics at the University of Oxford, met at Harvard […]