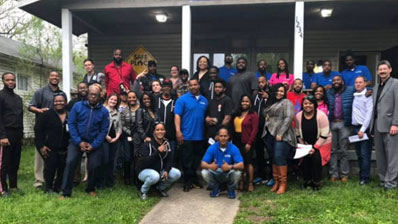 by Shari Finnell, editor, Not-for-Profit News This article is the first in a series of perspectives on how to achieve racial equity locally, nationally and globally. If you would like to submit your nonprofit’s racial justice initiative for possible publication in Not-for-Profit News, please contact Shari Finnell at shari@charitableadvisors.com. “What’s next?” That’s the question on […] 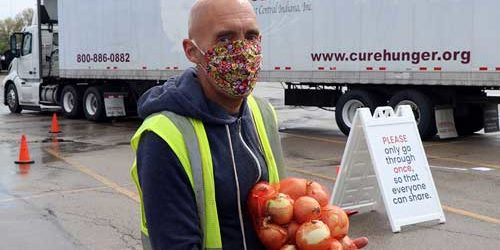 By Lynn Sygiel, editor, Charitable Advisors By sheer numbers, very little good has come as a result of the coronavirus pandemic. In the U.S., there have been more than 2 million cases, more than 110,000 lives lost, nearly 40 million people unemployed and no clear signs that better times are close. But for two Indiana […]

By Lynn Sygiel, editor, Charitable Advisors The topic comes up frequently. Just about every election cycle, candidates talk about the spiraling cost of higher education. According to 2017-18 figures provided by the nonprofit organization College Board, the average total cost to attend a four-year state college or university is $25,290. The price tag for a […]

By Mike Harrington, president, The Synergy Companies A business changes as it grows. What once was a one- or two-person shop hires more talent as new roles are created to meet daily demands. Capital rises, office space expands, and business goals are set higher and higher. Throughout it all, there is one area that can […]

By Lynn Sygiel, editor, Charitable Advisors As Teachers’ Treasures executive director for the past four years, Margaret Sheehan works with volunteers daily. The Eastside nonprofit volunteer-run store, which opened in 2000, provides teachers access to donated educational supplies and other materials. And while volunteers have been critical to the store’s efforts, late last summer Sheehan […]

By Zachary S. Kester, JD, LLM, CFRM and Kylie Schreiber, Charitable Allies | To their detriment, many nonprofits believe the new overtime rules going into effect on December 1, do not apply to them since they are not business “enterprises.” But this overlooks the reality that “individual” employees may qualify for overtime because of their […]

By Lynn Sygiel, editor, Charitable Advisors | A few eyebrows were raised 2½ years ago when United Way of Central Indiana named Andrew Cullen as its lobbyist. A few nonprofits questioned his appointment, primarily because they thought that nonprofits could not lobby. And while in fact, nonprofits are allowed to lobby, Cindy Booth of Child […]

By Jennifer Jones Austin, commentary, Times Union | Across the nation there is mounting concern about economic inequity. At the heart of the matter of the ever-increasing economic divide are stagnant wages, which have plagued millions of low- and middle-income Americans for decades. But here in New York state we have a real opportunity to […]

By Nonprofit Finance Fund, survey results | NFF’s 2015 State of the Nonprofit Sector Survey focuses on the underlying causes of these dynamics by exploring the programmatic, financial, and operational issues facing nonprofits across the U.S. It launched the Survey in 2008, when economic crisis threatened the viability of many organizations. Seven years later, results […]

By Jim Simpson, CPA and director, Financial Technologies & Management  | In 2013, over 1.5 million tax-exempt organizations in the U.S. reported $1.74 trillion in total revenues and $1.63 trillion in total expenses, according to the National Center for Charitable Statistics. That means nonprofits are responsible for reporting and tracking all that financial information. In September, […]