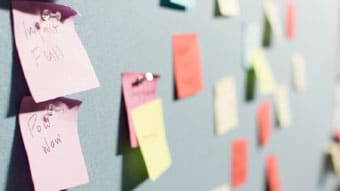 State of Indiana’s Nonprofits: Survey Reveals How Organizations Are Coping in 2020

By charitableadvisorsAugust 24, 2020Feature
No Comments

Nearly six months have passed since the first case of COVID-19 was reported in Indiana. Since that time, the majority of the state’s nonprofits have faced significant challenges in maintaining services to support their missions, according to Indiana Nonprofits and COVID-19: Impact on Services, Finances and Staffing, a new report released by the Indiana United Ways and the Indiana Nonprofit Sector Project.

Of the 512 nonprofit organizations responding to a survey, 71 percent reported major revenue shortfalls since March 1 due to the pandemic; 60  percent reported suspending or ending programs; 67 percent cancelled a fundraising event; and 23 percent had laid off or furloughed staff. While the percentage of nonprofits reporting staff layoffs and furloughs was relatively low compared to other metrics, 43 percent reported greater demands on existing staff because of an absence of volunteers.

Report co-author Kirsten Grønbjerg, director of the Indiana Nonprofit Sector Project, Distinguished Professor at O’Neill School of Public and Environmental Affairs at Indiana University Bloomington, said the results were surprising because of the extent of the impact across a significant number of nonprofits. “I don’t think we have ever seen this kind of widespread impact before,” Grønbjerg said. “It’s drastic and intense.”

With previous economic downturns, Grønbjerg said, a portion of nonprofit organizations may  have been impacted because of declining revenue. However, the COVID-19 pandemic has left few nonprofits spared, except those that provide essential services.

“Our findings point to an increased need for services that the pandemic itself created. I think the safety net nonprofits play for the community took a beating. How well they’re going to recover is the big question,” she said. “The CARES Act has been an important component in allowing them to continue to operate.” About half of the nonprofit organizations surveyed received loans under the Payroll Protection Plan under the CARES Act.

Kathryn Habecker, co-author of the report and impact and advocacy manager at Indiana United Ways, said that a significant number of Hoosiers were struggling even before the pandemic hit. New data on Indiana ALICE (Asset Limited, Income Constrained, Employed) families show that “more than one-third of Indiana households faced significant economic hardship well before the pandemic hit. Many already were just a paycheck, car repair, or medical bill away from disaster,” she said. “Unfortunately, many more have joined their ranks over the last three months.”

While the report detailed the extensive impact COVID-19 has had on nonprofits, it also revealed how organizations are implementing creative strategies as a way to continue to support the growing needs of residents impacted by the pandemic, Grønbjerg said.

Statewide, collaborations have been developed among nonprofits, United Way, foundations, local and state government officials, schools, chambers of commerce, hospitals, universities and major employers to determine how to best meet of the community, said Grønbjerg, citing a COVID-19 coalition that meets twice a week in Bloomington.

In the coming months, Grønbjerg said, these types of collaborations will become more essential since nonprofits play such a critical role in the community, especially during a time when eviction and utility shutoff moratoriums have started to expire.

“We view these developments as silver linings on otherwise very dark clouds. If nurtured and sustained over time, these collaborative efforts may provide the basis for stronger communities with better safety nets going forward,” Grønbjerg said.