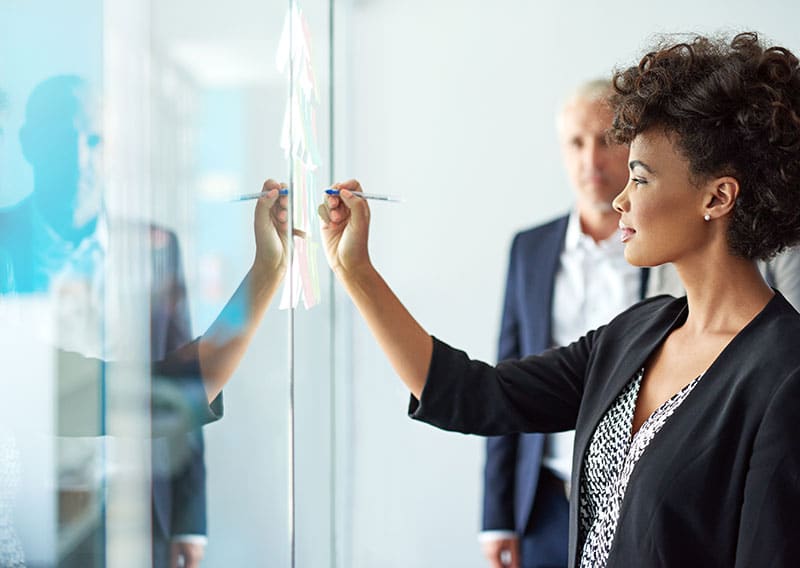 By charitableadvisorsJune 11, 2018Feature, Leadership
No Comments

Diversity. Its definition may vary, but its merits are championed in just about all walks of life: schools, the political arena, the entertainment industry and especially the workplace, which includes the nonprofit world.

For over two decades, BoardSource, a Washington, D.C.-based organization designed to support today’s nonprofit leaders, has studied the issue in relation to how nonprofits are governed.

Late last year, BoardSource released Leading with Intent, a biennial study of nonprofit board composition, culture and performance. While there were some encouraging trends, the study laid bare some disturbing truths about board attitudes and actions regarding racial diversity and diversity in general.

The study found that the nonprofit sector has made little progress when it comes to building more racially diverse boards. The first study in 1994 found that just 14 percent of board members were people of color. The 2017 results increased that participation only slightly to 16 percent, although minorities now represent 39 percent of our country’s population. Twenty-seven percent of boards are 100 percent white.

That said, there are some encouraging local efforts to change the compositions of nonprofit boards.

Jeb Banner has been part of this movement. In 2006, he co-founded Indianapolis-based SmallBox, a creative agency working with nonprofits, and has since co-founded several nonprofits and served on multiple boards. Today he is the CEO of Boardable, a board management software company designed to help boards communicate.

While he’s often been in boardrooms where the topic doesn’t arise, he thinks there’s definitely intentional change happening.

As co-founder and past board chair of The Speak Easy, a collaborative workspace that serves entrepreneurs, Banner worked to balance the representation on the board.

“It was our intention to serve female entrepreneurs in particular because we feel like they’re under-resourced and the boys club thing has to be blown up in the tech world,” said Banner, who rolled off the board in 2016.

The Speak Easy, with two sites and three satellites founded in 2011, has continued this mindset, and later this week will announce its executive director, the third woman to lead the organization.

For Jenny Vance, who has been on The Speak Easy board for three years and is the current Speak Easy chairwoman, board diversity is critical and cited an example from television’s Tina Fey to illustrate her point.

Fey recently told the story of being the only female comedy writer on a team. She would write something that was funny, but it was more relatable to women and the men on her team didn’t get it. But because her opinion wasn’t relatable to others at the table, she wasn’t seen as contributing in a strong way.

“It’s about knowing there are people to relate to and who represent their interests. By doing that first, I think all those other things become possible,” said Vance.

“By just having checkmarks of diversity, we’re not really meeting the reasons for having a diverse board. If we really dream big about who gives our members the best service, then once we’ve identified key roles to fill, I think it’s a matter of how we fill those roles while also ensuring diversity.”

She also knows that The Speak Easy continues to have work to do. The organization has matured, and is currently in the midst of this operational change. And while some board terms have concluded and the spots are unfilled, board members determined it wasn’t the best time to add new members, wanting the new executive director to have a voice in the process.

Impact is another reason to strive for a diverse board. A report released in February by the Lilly Family School of Philanthropy found that the simple pursuit of diversity could result in other areas of growth and progress that deliver rewards in the short and long terms.

The study “Impact of Diversity: Understanding How Nonprofit Board Diversity Affects Philanthropy, Leadership and Board Engagement” was researched by the school in partnership with Johnson, Grossnickle and Associates and BoardSource. One of the findings was that a diverse board improves the organization’s philanthropic engagement on three levels: participation, fundraising and advocacy.

Vance believes that takes work and that the community needs to invest in helping to grow new leaders to expand talent that is available.

“We need more people growing in the leadership roles. Investment in that is so important to us being able to see the future change in terms of diversity,” she said. “It’s got to be a community effort. It has to be part of our thought process in our government, in our entrepreneurial community, our tech community, our talent development.”

Two years ago, the Indianapolis Foundation, as part of its 100-year celebration, did just that. With help from organizations in the community, it identified a pool of candidates and then selected 10 young professionals as fellows whom they would invest in for three years.

Tamara Winfrey-Harris, CICF’s vice president of marketing and community, joined the staff just after the announcement and has become the fellows’ liaison.

The program was designed to add diversity to boards on the basis of age.

“There is a real barrier to entry for a lot of millennials,” said Banner. But I think that the reality is that some of these older leaders that have given so much to the community are going to have to step down, step aside in time, pretty soon to make room for women, minorities and the youth.”

The Indianapolis Foundation, besides awarding each fellow access to $10,000 annually for three years or a board term, has provided leadership training, and confidential sharing sessions. All 10 fellows continue to serve.

“In the first quarter of 2017, we brought someone in to talk about general board procedure and governance, and then the next quarter, we had our CFO talk about how do you read a financial statement and what are the things that you should look for as a board member. We tried to give them the tools that they need to be successful as board members,” said Winfrey-Harris.

Along with identifying these young professionals, the foundation tried to place them on boards of prominent organizations.

“Those boards tend not to be as diverse, there tends to be financial obligations that not always young people or people of color can meet, and those are boards where a board member has influence, and that’s important that we give those people influence,” Winfrey-Harris said.

Adrianne Slash, a Community Health Network diversity and inclusion consultant, was one of those selected. Slash is also president of The Exchange at the Indianapolis Urban League.

“I thought it was incredibly ambitious for CICF and the Indianapolis Foundation to say, ‘We are going to do this work because it’s important for the future of Indianapolis,’” said Slash.

“The opportunity to develop homegrown, dedicated Indianapolis talent and to invest in them really speaks to their investment in us and those organizations that they are connecting to the younger generation.

“They took a chance on us and I like to think that we’re doing really well and that people are seeing the worth and the value of having a fellow on their board. I do think that the level of scrutiny that the foundation used in making sure that they had mature younger voices sitting around the table did a great service.”

At onset there were board-training sessions for the 10 fellows.

“The trainings have been phenomenal. In our trainings, we’ve looked at governance, we’ve looked at finances, we even had the hard conversation about the way things are reported out in meetings, and whether it’s the best practices or not,” said Slash. “We’ve learned how to ask the questions around finances, how do we engage specifically if there are board members who are not acting with decorum and respect for everyone at the table.”

Slash said that the meet-up time has allowed honest conversation about board membership.

“So when this fellowship is over, will I just curl up and go away or will more board service come from it? I think the answer is more will come from it.”