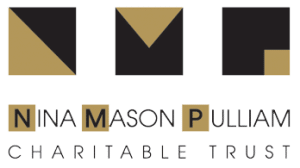 It’s no secret that Nina Mason Pulliam was passionate about animals and nature. As a community leader, and a newspaper publisher in Arizona and Indiana, she supported those causes, and others, in multiple ways.

Now, nearly 20 years after her death with the establishment of a 50-year-limited legacy Trust that bears her name, those two passions are still championed. What has changed recently are the defined priorities for environmental giving.

When Harriet Ivey, the Trust’s first leader, retired three years ago, Gene D’Adamo was hired to continue its legacy. Ivey had been at the helm as president and CEO during the Trust’s first 15 years, and laid a strong foundation.

“As with any foundation, as it gains experience and community knowledge, its focus narrows,” said D’Adamo. “We could only do what we’re doing now, because of what Harriet had laid. She took an organization from nothing, and established the Trust.”

D’Adamo was charged with determining if the Trust’s giving needed fine-tuning.

While the communities the Trust serves are different — Indianapolis has deeper philanthropic roots, while Phoenix is more transient – the issues they are wrestling with are similar.

With the board’s blessing, D’Adamo and his team, both in Indiana and Arizona, spent two years reviewing its giving areas, talking with grantees and experts and looking at support categories to determine how they might be more impactful. Whatever they did, they wanted it to be scientifically based and its outcomes measureable.

Indiana Program Director David Hillman, who has been with the Trust since 2000, said that environmental grantmaking was one area of concentration.

“We knew it was something that was very unique to us, and it also was very unique in what Mrs. Pulliam’s interests were. I would describe that early dive we did more as a needs assessment than it really was setting priorities,” said Hillman.

Based on research, D’Adamo said the environmental projects have gained traction. It has been a funded area, but has not been as intentional and strategic like it is moving forward.

“We are driven by Mrs. Pulliam’s wishes, so whether or not this was a hot topic like it is now, we would still be doing this because that is what she loved, and she wanted to focus her resources on,” said Hillman.

One project approved by the Pulliam Trustees in 2016 was designed to develop Indiana water governance recommendations that could complement the Indiana Chamber’s 2014 report on the state’s water management.

“We need to pay attention to how we manage our water in Indiana for economic reasons, as well as the needs of our communities. There was a bit of environmental focus in that report, but not a great deal, so the Trustees approved a grant that went to the Conservation Law Center for a report addendum about the environmental impacts, why it’s important and how the environment plays a role,” said Hillman.

“That report came out at the end of last year, and then we have now provided additional funding to the Conservation Law Center to roll this report out, as well as work at the legislative level to see about getting a water management plan for the State of Indiana,” said D’Adamo.

And while the Trust had education programs in its grantee portfolio, it hadn’t intentionally combined its history and roots with its giving. No matter what the field – foster care, childhood literacy, animal welfare or the environment – the consistent grantee message was that they needed help in educating the public.

“They said, ‘Your dollars are great, but you have an ability to speak with a very impartial voice and you can really magnify the messaging,’” said D’Adamo, who was at the Arizona newspaper for 33 years, most recently as vice president of community relations for Republic Media.

“Nina and Gene (Pulliam) used that incredible voice to make their community better and to fight for things in the community,” said D’Adamo.

Newspapers, though, have changed dramatically since the Pulliams were the publishers, and print in particular has struggled. So working with the Indianapolis Star and the Arizona Republic, the Trust formulated a plan to amplify the newspapers’ environmental coverage, and return to the Trust’s roots.

For the next three years, both states’ newspapers will have an environmental team, supported with Trust funds. The grant was awarded earlier this year. Arizona already has a team in place, and Indianapolis is scheduled to begin its effort later this year. Each team includes a reporter, social media person and data analyst.

While providing grants for news coverage has become somewhat of a trend, according to D’Adamo the Trust has a different approach. Most foundations have supported nonprofit journalism, like ProPublica or the Marshall Project, the Trust is somewhat unique in its support for-profit journalism.

In Indiana, Hillman will oversee that effort. The Trust will not influence editorial content, and the team is free to report on topics that haven’t necessarily been a priority of Trust, like climate change or air quality.

“All we know is their reporting focus areas will be land, air and water. That’s pretty general. We won’t see anything in advance. We will read about it in the paper, the same day that everyone else does,” said D’Adamo.

Both newspapers are part of the Gannett chain and the USA Today network, and the hope is that some of the stories will run nationally.

Metrics, like page views, and retweets will be tracked quarterly, but the Trust is most interested in moving people to action. Before the reporting project started, it hired Arizona State University’s Morrison Institute for Public Policy to poll 800 registered voters in Arizona and Indiana to learn about their environmental perceptions and what’s important to them. Each year a similar poll will be conducted to determine if the reporting has moved citizens to do something with the information they have.

Another Trust funded project is related to environmental reporting designed to recognize outstanding efforts with a national journalism award. The Society of Professional Journalists is partnering with the Society for Environmental Journalists to select the winners.

While the reporting and educating the public is a priority project, so is water. In Indianapolis that focus is on the White River, and in Arizona, the Verde River. While the needs are different, the concept of water is equally important in both states. Arizona has a water management issue based on drought. In Indianapolis, the focus is on water for future growth, conservation, raising awareness and engagement and accessibility.

The White River project has three goals: make the river cleaner, help people gain access to the watershed, and help people understand and appreciate the waterway’s importance and value, according to Hillman.

The White River provides 60 percent of the drinking water for the area, coming from the White River or from one of its watersheds – Eagle Creek Reservoir or Geist Reservoir.

One of the primary focuses is to maintain that source as useable water, but there is another shift that’s happening in the way people think about the river.

According to Hillman, the White River wasn’t navigable, and the city wasn’t built around the river. There is a real interest in the White River, including from northern suburbs as far north as Muncie.

“In our city we turned our back to the river and we’d just dump our waste there and didn’t really think about it. But people are changing and want their waterways to be an amenity to the city. Now we’re facing toward that waterway and saying, ‘OK, how can we build our community around it, and turn it into something that people can actually go on and recreate with or go on a hike, actually build a community around it,’” said Hillman.

Hillman believes the Trust is doing this at the right time. Early on environmental groups didn’t collaborate as easily, but now they’ve matured, and had some positive experiences working together. One example is the White River Festival, which has included arts organizations.

“The underpinning is certainly water quality. Clean is the first priority, and we realize that, people will save and protect something that they love and appreciate. The first step in a lot of ways is getting them to understand what the river is and then they’re much more likely to go out and advocate for it. Definitely goes hand in hand,” said D’Adamo.

“And what we’ve learned along the way as any funder, you can start off something that sounds great, and the agencies report back to us, “Well, that’s not really going to happen.” Or that leads to this, so we realize this will be a very fluid process. Our nonprofits are definitely our partners in this,” he said.