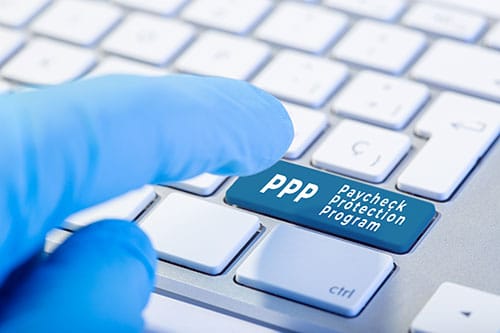 By charitableadvisorsMay 18, 2020Feature, Governance
No Comments

Cindy Booth advocates for Marion County’s abused and/or neglected children through her work at Child Advocates.

What these four nonprofit leaders have in common is that they applied for Small Business Administration’s (SBA) Paycheck Protection Program loans. As of May 8, Indiana SBA-approved lenders helped complete 71,614 loans, totaling more than $9.66 billion, according to SBA.

What is not clear, however, is how many of these loans were approved for nonprofits.

Laura Schafsnitz, public affairs specialist at the Indiana District Office of the SBA, said that its priority is still processing funds, and has not yet differentiated between the two eligible groups – nonprofits and small business.

United Way of Central Indiana and the Arts Council of Indianapolis found some answers through a survey of local nonprofits concerning the status of PPP applications.

Denise Luster, UWCI’s vice president of impact research and analytics, said it reached out to 118 nonprofits in six counties ranging from grassroots organizations to those with multi-million dollar budgets. The target audience was the human services sector, but it reached beyond United Way’s network of accredited partners.

Of the 118 respondents, 85 applied (72 percent) for a PPP loan. By the end of April when the responses were tallied, 68 nonprofits had received approval, and 17 had not yet received word. Of the 68 approved, 50 had funds in their bank accounts. The average amount applied for was $352,872. The April 30 report does not reflect second round of PPP loans application, which opened just three days prior.

“I can tell you that of the 76 organizations that responded to our survey, 84 percent said they had applied for the Paycheck Protection Program,” he said. “One mid-sized organization indicated that it had received $85,000 and another mentioned it received $329,000.”

Unlike the first round of the PPP program in which funds were depleted quickly, round two still has money to give out, according to Schafsnitz.

The PPP program was not without its well-publicized wrinkles and that’s among the reasons why early in the state’s shelter-in-place order, some nonprofit leaders tried to provide support for local nonprofits. The Arts Council, for example, convenes weekly sessions that include at least 90 CEOs and executive directors. United Way and the Immigrant Welcome Center do the same. In its latest Community Connect report, 53 agencies participated in the Welcome Center’s Partner Power call. These have also been opportunities for nonprofit executives to share information and pose questions.

Child Advocates’ Executive Director Booth said she heard about the PPP through emails from the organization’s state office, national CASA and United Way. These emails shared the opportunity, what it means and what to consider.

But applying for a PPP loan was not for everyone. Booth shared a story about a colleague from southern Indiana who sought her out as sounding board, explaining her thought process and her reasons for her decision.

“I think for the smaller (organizations), sometimes it’s just even talking to somebody. ‘Am I on the right track? Does this sound right to you?’

“She really was being very thoughtful, but when she got to the ‘no,’ she was like, ‘I feel like I should be say, ‘yes.’ There’s money out there, I should be saying yes.’” That director ultimately decided not to apply,” said Booth.

The biggest question for Demares, a one-person staff, was: Is it truly a forgivable loan?” Indiana Artisans has two stores with 13 part-time employees, one in Carmel and one in the French Lick Resort. “We’ve never had any kind of loans, so this was new,” she said.

As information about the program evolved, some had concerns about the reality of forgiveness. PPP loans can qualify for forgiveness, but if not, the loan has a 1% interest rate over two years, with no payments due during the first six months.

Booth figured, while it could be viable, her concern was any negative implications. So with her CFO, she conferred with the agency’s auditor who encouraged her to apply. Booth also talked with her national and state CASA colleagues. This all happened, she said, within a number of hours. Booth said they learned early that you needed to start the process with your local bank. For Child Advocates that was Huntington Bank, and the nonprofit’s board treasurer is a bank employee who connected them the correct staff person at the bank.

All had been in regular contact with their boards or executive committees. Board members, they all agreed, provided helpful information and advice.

There was also information coming from those weekly calls, oftentimes from an expert on a particular topic. The three arts leaders — Demares, Sahaidachny and Whitehead — were regulars on the Arts Council calls.

Sahaidachny said those calls have been a godsend.

“I definitely have learned a lot. It certainly helps because it’s so hard to keep up with everything; to be able to get that recap every week has really helped me through the last two months,” she said.

“The Arts Council really spearheaded this effort of communication which has been amazing. (It is) important for the information, but also important to feel like you’re all in this together, sharing and helping each other and not feeling competitive,” said Whitehead.

After conversations with their bankers, all four had the documents ready when the loan program opened on April 3. For the Writers’ Center that was Regions, for Indiana Artisan it was Old National, Child Advocates banks with Huntington and the Vonnegut Library and Museum banks with National Bank of Indianapolis.

When the SBA launched the Paycheck Protection Program, there were high demands and technical glitches that stalled loan processing.

That wasn’t the case for Whitehead who said the Vonnegut Museum and Library’s CFO submitted its application the morning the program opened.

“We worked closely with our bank. National Bank of Indianapolis worked that entire weekend to process the loans,” she said.

Booth said it was a simple one-page application. “I think our CFO had her finger hovered over the send button as soon as Friday came,” said Booth.

While the two others were ready, they weren’t successful submitting electronically on the first day.

Demares wasn’t able to connect to Old National’s portal to upload any documents. But her banker emailed that evening to say that the portal was open and functioning, but her application would have to be redone. While she Demares did this immediately and successfully submitted it to the bank, it took until April 29 to receive approval from the SBA.

Sahaidachny had a similar experience. Her bank’s online portal kept crashing and freezing. She was finally able to complete the PPP submission the following Monday. Later that week, she received an email from her bank that the SBA had quit taking applications because the dollars had run out. Regions, however, continued to process applications to have ready in anticipation of a second round of funds. The fund was replenished and opened again on April 27. After lots of handwringing, on May 5 the Writers’ Center executive learned the money was deposited in its account.

Two of these nonprofits applied for loans of under $50,000, and two over, reflecting the sizes of their payrolls. In order to receive forgiveness, at least 75 percent must be applied for payroll costs, while the remainder can be used for mortgage interest, utilities and rent. The loan is intended to cover eight weeks of these expenses, and the borrower must then complete forgiveness application and submit to its lender. Ultimately, the bank is responsible for assessing forgiveness.

Booth said Child Advocates learned on April 16 that the organization had been approved, and Whitehead said it was April 7. The next step is applying for forgiveness. Each has a different eight-week period that beginning on the date the lender made the first disbursement of the PPP loan to the borrower.

“We didn’t expect funding as quickly as we did. That was a wonderful surprise,” said Whitehead. “We took the money and put it in a restricted account. We’re using it for payroll, but it’s sitting in a restricted account as we deplete the funds over the next couple of months. We did it for ease of accounting and also just to really highlight that those are special funds.”

All had positive experiences with the local bankers. None of the four knew of any nonprofits that applied that were denied.

“The bankers that I worked with were so responsive to my questions in the beginning of the application process. They really helped us understand what we needed to show and with their help we were able to put that together,” said Sahaidachny.

If there is a silver lining, each was able to keep staff and had the chance to reflect and plan for a different future – delivering services virtually or planning for the safe re-opening.

Whitehead said since the museum and library opened at its new location in November, it’s been a breakneck pace.

“The PPP allowed me to take a breath, and to talk with our staff about what was going well, and what was not going well. We had this wonderful clearing where we can reset. We opened in November and we were operating beyond our capability. This gave us a chance to stop and think, ‘OK what really makes sense. Shat changes do we need to make, so that we can comply with whatever the new normal will be.’”