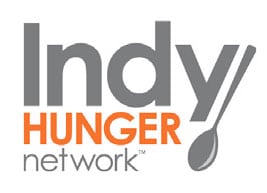 By charitableadvisorsJanuary 4, 2016Feature
No Comments

In 2009, food activists planted the seed of change for hunger relief programs across the country. They said the national system, developed largely in the 1960s and consisted largely of soup kitchens and food pantries, needed to change its delivery systems and get food to people where they live and work.

That same year, Indianapolis-area hunger relief programs banded together as a volunteer coalition and formed the Indy Hunger Network (IHN). Its goal was to find ways to make the system more efficient and effective, while dramatically reducing hunger. One of its efforts was to connect the more than 200 small food pantries in the city run primarily by churches. Through IHN’s work, the number of meals provided in Marion County grew by 40 million.

Today, IHN is still volunteer-led and works to ensure that anyone who is hungry can access nutritious food. It has continued its work with representatives from leading anti-hunger organizations, both public and private, as well as community volunteers.

In 2014, the Indy Hunger Network did a study to better understand the city and its food distribution systems. The group knew that there were many meals being served, but focused its efforts on sustaining the system and improving access to nutrition. They also recognized that this collective effort was key to fighting food insecurity in Indianapolis, but together they could make systemic change.

According to Betsy Whitmore, communications manager from Second Helpings, this collective effort and multiple approaches are helping tackle the community’s hunger.

The network works together in other ways to ensure better use and learning from each other. For example, when a provider gets too much of a type of food, and it is able to redirect or share.

“We work with Gleaners and trade all the time. They’re like, ‘We got a whole bunch of this, can you use it?’ There are things that are canned goods, nonperishables, things that they need. When they show up with their truck, we switch. Some of our re-directed food goes to St. Vincent de Paul,” said Whitmore.

“What I find interesting is that the Indy Hunger Network is people who come at hunger from so many different directions,” said Whitmore. “If there were a silver bullet one way to feed people who were hungry, I think we’d as a society have found it by now. But it takes all of these people to make sure that food banks and food pantries are getting to people.”

And its work hasn’t gone unnoticed. In December, Jim Morris, an Indianapolis civic and business leader, was awarded the 2015 Daniels Prize for his lifetime efforts to push against the status quo to improve the lives of Hoosiers.  Morris served as executive director of the United Nations World Food Programme from 2002 to 2007. As the recipient, Morris was able to select a $100,000 grant recipient.

Morris’ choice was the Indy Hunger Network to address the hunger issues involved in infant health.