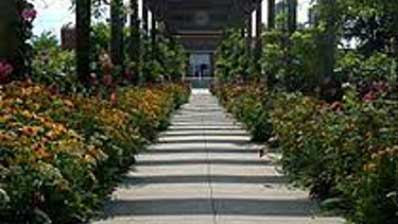 By charitableadvisorsMarch 29, 2021Feature
No Comments

by Shari Finnell, editor/writer Not for Profit News

Mark Williams began his new role as the executive director of the Indianapolis Art Center (IAC) in July 2020, in the midst of the COVID-19 pandemic. As with most arts and culture entities, the 87-year-old art institution had operated primarily through hands-on, in person experiences.

A year into the pandemic?

“We’re thriving,” said Williams, who had left the for-profit sector as the CCO and founder of ImageNation, a marketing and branding firm to take on the position at IAC.

“When a crisis happens, people want to get back to replicating or substituting what they’ve done in the past,” Williams said of the natural desire to get back to normal. “Our approach was the opposite. It was an era of innovation for us. We had to look at things in new ways across all of our classes and offerings, asking ourselves, ‘How are we staying relevant?’”

Under Williams’ leadership, the IAC team started finding the answers to that critical question. Innovation followed, including an expanded offering of online art classes, the sale of art kits, which quickly sold out, and the birth of Locally Made fest, a collaboration with the Indy Jazz Fest that will be held on the grounds of the art center from May 15-16. All participants, including jazz musicians, artists and food vendors, are local.

And, unlike its signature Broad Ripple Arts Fair, which was canceled for 2021, the new fest will have a limited number of tickets to ensure social distancing under COVID-19 guidelines, Williams said. About 1,500 tickets will be sold, but jazz performances will be available online to those who want to participate. The Broad Ripple Arts Fair regularly attracted 15,000 to 16,000 visitors.

Williams said IAC’s new programs and offerings aren’t a temporary fix — a solution only to cope with the restrictions caused by the pandemic. “As people come back in person, we know that the digital components are not going away … it’s embedded in the way we work and function,” he said. “So, it’s got to be baked into the process moving forward.”

He said embracing an innovative mindset is critical, not just to survive a pandemic, but to thrive in the future. “If you didn’t take the time to embrace new innovations, you’re going to get left behind; left out of the conversation,” Williams said.

In addition to opening up pathways to innovative thinking, the IAC team had to face the difficult decision in January to cancel its annual Broad Ripple Arts Fair. “At that time, I don’t think anyone thought we’d be where we are now, here at the end of March, with the vaccination rollout,” Williams said. “If we had to make that call, we likely would be re-evaluating that decision and thinking of ways to handle the art fair safely. But we had to make the call for the artists.”

After announcing the cancellation of the Broad Ripple Arts Fair, the IAC focused on what it could do safely and how it could collaborate with some of its friends, Williams said.

“After all the meetings, we decided to have an event that would be solely focused on uplifting our neighbors — our local creative community that had been locked out of work for a whole year. And that’s our professional musicians. That’s our working artists,” Williams said.

That brainstorming led to the creation of the Locally Made festival in partnership with the Indy Jazz Fest, which will feature more than 50 working artists who will be spread out on the 10 acres of land that make up ArtsPark.

In an effort to support the local restaurant industry, they also invited food and drink vendors to participate. “They’re hurting as bad as the rest of us,” Williams said. “It’s really going to uplift the entire experience to a more premium experience.

As part of a plan that had to be submitted to the Indiana State Health Department for approval, the festival organizers had to outline its approach to the event, including submitting square footage and reduced capacity to allow people to spread out. While current ticket sales are limited to 1,500, there’s a possibility that it could be expanded based on evolving COVID-19 restrictions.

The announcement of IAC partnering with the Indy Jazz Fest was met with some skepticism, Williams noted.

“It is interesting from the outside (observations),” he said. “I heard people saying, ‘Why would the Indianapolis Art Center partner with the Indy Jazz Fest? And why would Jazz Fest partner with the art center?’ And I’d sit there and say, ‘Why not?’ These are two great organizations coming together to do something even bigger than either of them could do individually.”

Williams said it requires thinking about the needs of the other organization — not just your own — when seeking a collaboration. When he approached the Indy Jazz Fest about a collaboration, one of the first discussions involved how to make it profitable for the community members represented by each organization.

“These are all our neighbors and our friends and we’re all emerging from this pandemic.” Williams said. “As part of this fest, we’re saying let’s gather safely, let’s do it responsibly, and make it work so that people who’ve been out of work and can earn a living once again.”