Major gift donors are crucial for the ongoing sustainability of your nonprofit’s mission. In fact, high net-worth donors often provide as much as 94 percent of the funds for nonprofit campaign initiatives. So, it is important that we understand their giving patterns, preferences and motivations.

The 2016 U.S. Trust® Study of High Net Worth Philanthropy released this week provides nonprofits with valuable insights on this important donor demographic. It is the sixth edition of the biennial study, researched by the Indiana University Lilly Family School of Philanthropy and U.S. Trust.

The report surveyed 1,435 U.S. households with a net worth of $1 million or more (excluding the value of their primary home) and/or an annual household income of $200,000 or more.

On Dec. 7, I have planned a webinar with Una Osili, Director of Research at the Indiana University Lilly Family School of Philanthropy, and Claire Costello, Managing Director of the Philanthropic Solutions Group at U.S. Trust. We will review in depth the findings and discuss how nonprofits can use this data to structure their major gift fundraising program. Please register now to join us!

In the meantime, here are 10 of the key findings from the report:

Angela E. White, CFRE, has been instrumental in JGA’s success since 1996, when she joined the JGA team. In 2011, she became CEO of JGA, responsible for providing day-to-day leadership to the firm and guiding the JGA staff, while continuing to provide tailored consulting services directly to our clients. White has a high level of expertise in philanthropic consulting in healthcare, education, social services, arts, and faith-based organizations. She also has considerable depth in strategic planning and data analysis. 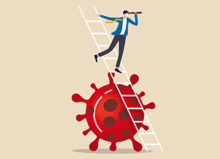 Five behaviors to drive your leadership in times of crisis 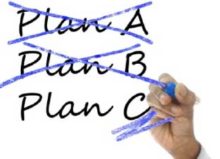 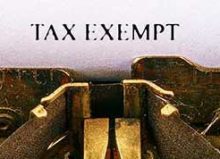 Where tax-exempt plans are focusing in uncertain times 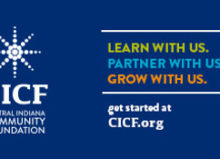 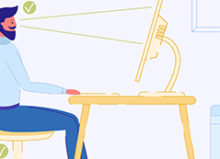 Where have ergonomics gone? 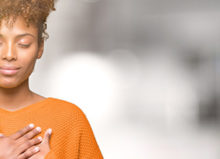 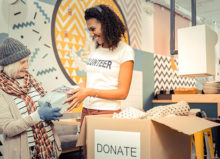 How do women give of their time, talent, treasure and testimony?

By Leslie Wells, assistant director of communications, O’Neill School at IUPUI In 2017, Nigena...

By Barry Newman, senior human resources representative, Synergy It might be obvious that severely...

By Dave Voris, Vice President and Regional Manager, Horizon Bank If you’re an administrator working for a nonprofit organization, you...

By Leslie Wells, Associate Director of Communication, O’Neill School at IUPUI Kennedy Jefferies is eight months into her...

By Dave Voris, Vice President and Regional Manager, Horizon Bank Are you running a...

The Women’s Philanthropy Institute is diving into the topic of technology at its sixth...

By Jennifer Pittman, senior director of community affairs, OneAmerica   Springtime is a season of creative...

By Bryan Orander, president, Charitable Advisors   If you have been part of the...

By Mike Harrington, president, The Synergy Companies A business changes as it grows. What...

By Michael L. Jackson, Director of Marketing and Communications, SPEA at IUPUI During his...

By Kevin Kidwell, vice president, national tax-exempt sales, OneAmerica If your organization has a...

By Leslie Wells, Assistant Director of Communications, SPEA at IUPUI Huddled around a kitchen...

By Lee A. Ernst, Associate, Johnson, Grossnickle and Associates The foundation of a strong...

By Teddie Linder, business manager, Netlink, Inc The largest companies in the world are...

By Pamela Clark, Lilly Family School of Philanthropy Since 2008, Nathan Hand has raised...

By Mike Harrington, president, Synergy A business encounters many costs, but the most volatile...

By Mike Bensi, advisor, FirstPerson “Let’s promote him!” This is unfortunately a very common...

By Jenny Banner, director of strategic initiatives, SmallBox Since SmallBox has been introducing nonprofits...

By Chris Mennel, audit manager, Alerding CPA Group As your nonprofit strives to use...

By Zachary Kester, JD, LLM CFRM, Charitable Allies Spending too much on overhead is bad....

By Mike Bensi, advisor, FirstPerson I was flipping through some old school papers I’ve...

By Jeremy York, HR Field Representative, the Synergy Companies Most people are familiar with...

By Andy Canada, senior consultant, Johnson, Grossnickle and Associates A development audit is a...

By Jim Simpson, CPA and director, Financial Technologies & Management In the nonprofit community,...

By Mark Shreve, business development manager, SmallBox Nonprofit organizations are not immune to the...

By Tim Ardillo, consultant, Johnson, Grossnickle and Associates Did you know development programs that...

By Jen Pendleton, vice president Indiana, Aly Sterling Launching a capital campaign is like moving into...

By Una Osili, director of research, Lilly Family School of Philanthropy Looking for some...

By Jamie Levine Daniel and Suzann Lupton, School of Public and Environmental Affairs at...

By Teresa Tatum, marketing manager, SmallBox The reality of modern business is one of...

By Stefanie Krievins, coach and founder, The Heart Projects One of the great equalizers...

By Stefanie Krievins, coach and founder, The Heart Projects | We do-gooders are great...

By Abigail L. Coleman, writer, JGA | The Baby Boomer and Millennial generations are...

By VonLehman staff | Every nonprofit dreams of receiving a large endowment that will...

By Stefanie Krievins, coach and founder, The Heart Projects An expert in leadership development...

By Patrick M. Rooney, associate dean | Barbara Coury didn’t get into fundraising for...

By IUPUI School of Public and Environmental Affairs staff | Now in its sixth...

By Chip Heberden, president and owner, Netlink, Inc. | The turmoil of a typical workday...

By Stefanie Krievins, coach and founder, Radiancy Coaching Partners | According to a recent...

By Paul Ashley, Advisor, FirstPerson  | Each fall, FirstPerson’s team gets together to identify...

By Jim Simpson, CPA and director, Financial Technologies & Management  | In 2013, over...

By Jeremy York, HR Field Representative, Synergy | No one ever said that managing...

By BKD staff | Businesses face numerous pressures that can threaten the organization’s viability...

By Chip Heberden, owner and president, Netlink, Inc. | Cloud computing is a boon...

By Stefanie Krievins, coach and founder, Radiancy Coaching Partners | Nonprofit employees are a...

By Mike Bensi, advisor, FirstPerson | Performance reviews feel as though they have been...

By Bryan Orander, president, Charitable Advisors For 15 years, research has warned of the...

By Lauren Kreutzinger, supervisor, VonLehman In any business, in any organization, even the best-laid...

By Zac Kester, JD, LLM, CFRM, at Charitable Allies | In the past few...

By Indiana University Lilly Family School of Philanthropy staff | If you’re planning a...

By Steve Sauer, senior manager, BKD | Most historians agree the form and function...

By Rebecca Trimpe, writer and editor, Office of External Affairs and Alumni Relations at...

By Bryan Orander, president, Charitable Advisors | Many nonprofit boards are striving to increase...

By Dr. Amanda Miller, assistant professor of Sociology, University of Indianapolis | We read...

By Deb Hunter, advisor, FirstPerson | Employee engagement is top-of-mind for many business executives....

By Zac Kester, JD, LLM, CFRM, at Charitable Allies | Nonprofits do such great...

By Jim Simpson, CPA and director, Financial Technologies & Management | Since 1999, we...