Home
›Feature, Leadership›Grants can help with capacity building, too 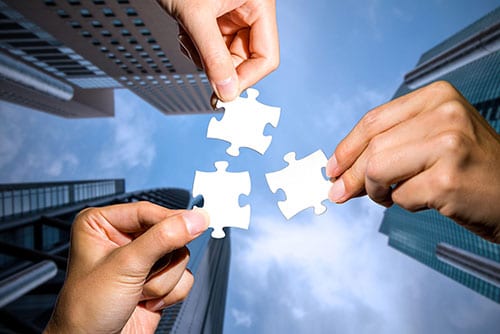 When Rev. Donovan Coley joined the board at the Fort Wayne Rescue Mission in 2006, he felt the organization had lost its way. The agency, established in 1903, was doing good work, he said, but its impact on the community was limited, and it didn’t have executive leadership.

“By the time I got into my second year on the board, I could see that we were spinning our wheels. There was no strategic direction. We were not addressing at a deep level the root causes of homelessness. We needed an executable plan of action to serve the clients in a way that’s truly transformational,” he said.

Coley wasn’t alone. The entire board realized it needed to do some serious work to competently lead the organization. Without a CEO, the board had taken on some day-to-day responsibilities, and it had gotten to point where it was often toxic.

So what did the board do about it? One of its first moves was to name Coley chief executive officer of the Rescue Mission and president of the Rescue Mission foundation. Another step was to look for financial assistance to help strengthen the organization from within. The nonprofit wanted to take a good, hard look at itself.

Enter the Fort Wayne-based Foellinger Foundation with a capacity-building grant. It was the first of five capacity grants the Fort Wayne Rescue Mission received from Foellinger.

“I think it was one of the best things that the Foellinger Foundation ever did was to come alongside the very heart and soul of an organization. It was their smallest grant, but yet, I believe it had the greatest impact because they focused on organizational health,” said Coley who became executive director in 2008. “The grant gave us that expanded capacity to really serve at a higher level.”

Four years ago, GrantCraft, a service of the New York-based Foundation Center, released the report “Supporting Grantee Capacity: Strengthening Effectiveness Together.” In the report, capacity building was defined as “fundamentally about improving effectiveness, often at the organizational level. The term is sometimes used interchangeably with other terms like organizational development, institution building and funding plus.”

While not all foundations award capacity grants, both the Foellinger Foundation in the Fort Wayne area and Welborn Baptist Foundation in Evansville do.

Cheryl Taylor, the Foellinger Foundation’s executive director since 2001, said that since 1992, the foundation has supported capacity building efforts in Allen County, but has not always used that term.

Last year, the foundation, which was 60years old, reviewed its capacity-building grants. In the last decade, it has awarded area nonprofits over $3.5 million as a part of a larger initiative. Part of what it wanted to learn was the impact these grants were having, and to assess how to improve the process.

“Evaluation is part of the foundation’s culture. Dollars are limited, and the question for ourselves was, ‘Why should we fund that?’” Taylor said.

Taylor also believes if a grant category is important, the foundation has an equal responsibility to explain why.

The Welborn Baptist Foundation has a similar focus on improvement. Both Welborn and Foellinger belong to a national organization, Grantmakers for Effective Organizations, which offers conferences and includes sessions about capacity building.

Two and a half years ago, Candice Perry was named Welborn’s nonprofit excellence officer. Perry’s position was added after Welborn staff members and board members had spent time evaluating the foundation’s three funding areas and long-term goals.

“We don’t call it capacity building because there are a lot of different entities using capacity building, and it means something different. What Welborn wants to see is more effective leaders creating lasting impact in their organizations within their service sector, the larger nonprofit sector and ultimately the community. We want to see a nonprofit achieve sustainability, impact and mission fulfillment by strengthening their leadership,” said Perry.

But it’s difficult. Foellinger’s Taylor believes that in order for a nonprofit to ask a program officer for help, there needs to be a level of trust.

“There is an element of fear in this,” Taylor said.  She said nonprofit leaders may worry that it reflects poorly on them if they come to a foundation and say “I need help looking at staff training or I need help on financial sustainability.”

But that’s not how Foellinger views it.

“Foellinger has been vocal for years that that is not going to affect your request in its regular cycle. In many respects, it helps you, because it indicates that you care,” said Taylor.

Taylor knows that not all capacity grants will be successful. She cited several organizations that investigated mergers, and after a fair amount of time, determined it wasn’t right.

“I’m fine with that, you looked at it and made the decisions for your organization,” she said. “In my opinion, one of the distinct opportunities that private foundations have is to essentially serve as the research and development function for the nonprofit sector. They often can be a little bit more flexible.”

Foellinger’s yearlong review resulted in refinements of its capacity-building grant   framework. The foundation recognizes that it needs to provide ongoing education to potential grantees and consultants about the value and importance of strengthening an organization’s foundation (For more information, see Capacity building grants: a new process).

No longer will the foundation simply ask grant applicants if their organizations have done any infrastructure work, but now will ask how the efforts have impacted regular operations, and essentially how what was learned was applied.

Moreover, the actual application process was formalized. Unlike most of the foundation’s grants, application questions for capacity building are not posted on Foellinger’s website.

“If we’re going to have the investment, rather than us just saying, ‘Here, answer these three questions,’ we formalized the process to make it more personal and specific,” said Taylor.

Now, a single program officer fields all requests, and then after a conversation with the nonprofit, tailors application questions specific to the nonprofit’s desired use of the funds.

Foellinger believes that it’s important for a grantee to have some skin in the game, and nonprofits that agree to commit some of their own money to a certain project can make a stronger case for support, although there is flexibility on the amount and type of commitment. Its capacity-building grants are turned around within 60 days.

Coley, of the Fort Wayne Rescue Mission, said the initial grant was critical and helped focus the mission’s work. It has changed its model in the emergency shelter and removed the revolving door practice. It has expanded its mental health services and developed multiple programs, including a long-term program that currently serves 70 people and invests in individuals, that Coley says transforms their paths instead of just warehousing them.

“So I would say we just continued to become healthier and then that positioned us for other foundations and other funders to say, ‘There’s something going on over there,’ and now we’re in the midst of a $23.1 million capital campaign, and of all the major foundations have actually stepped in to say, ‘We would like to invest in the Fort Wayne Rescue Mission.’

“I cannot imagine where Fort Wayne Rescue Mission would be without the capacity building grants. I would encourage any organization to focus on that which is most important – capacity building.”

In the Evansville area, Perry has seen organizations moving to deeper conversations between board and staff to create a culture of learning.

“They are learning to put focus on mission and vision and aligning their resources to that vision. They are starting to ask questions that they didn’t ask before concerning how to prepare, how to plan, how to develop themselves. I’m hearing more executive directors say ‘You know, I understand that we’re not being strategic about how we’re using evaluation. Their thought process is going deeper than just service provision,” said Perry, who was the executive director of the domestic abuse service agency for nearly eight years before her current role.

“Everything we do has an evaluation plan around it, so hopefully we can watch that needle move. What we also want to foster is collaboration among sectors. We want nonprofits to be invited to the table, where they can influence community change by sharing what the needs are,” she said.