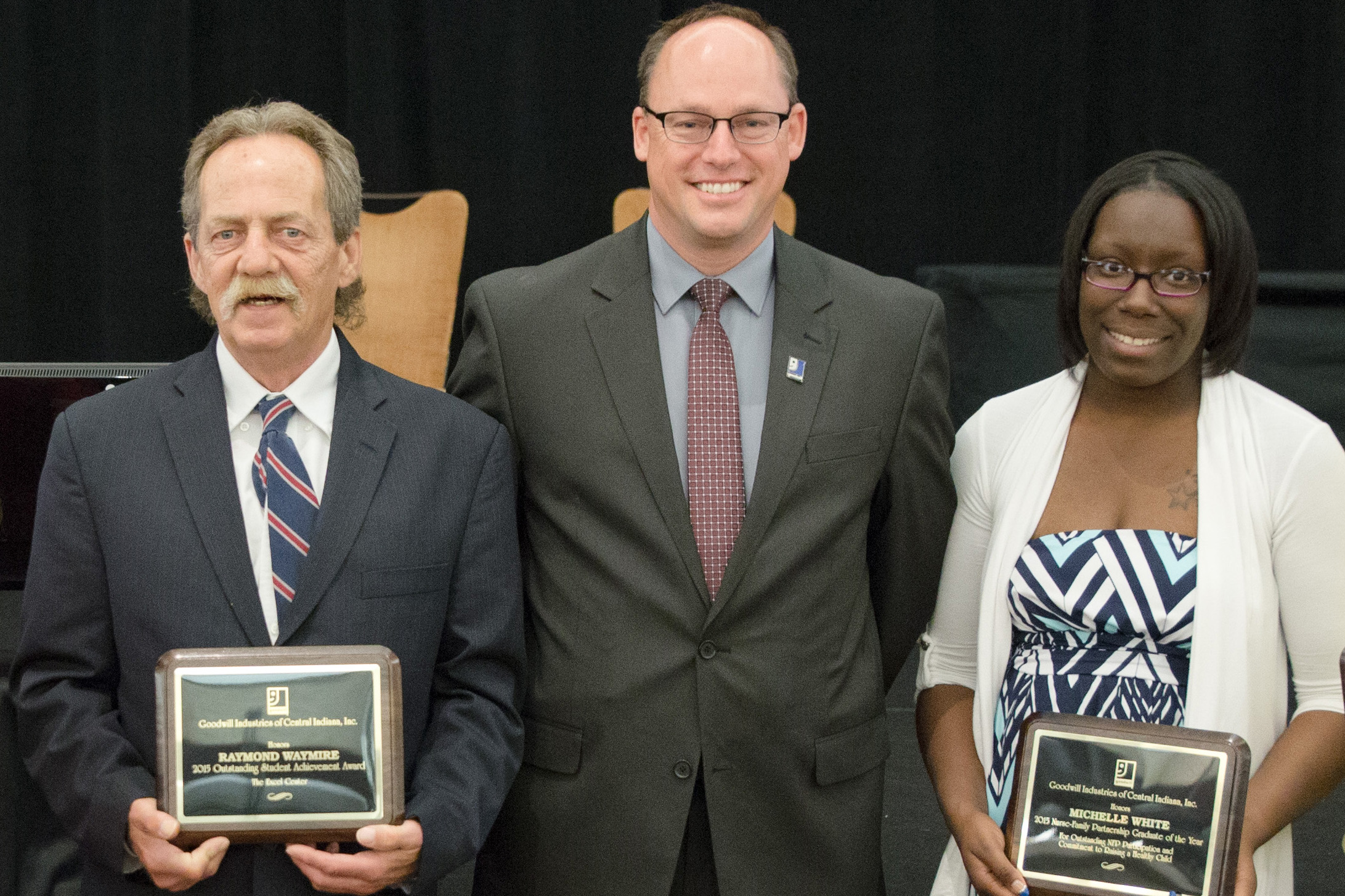 By charitableadvisorsSeptember 15, 2015Feature, Leadership
No Comments

For Kent Kramer, the answer was easy. As a candidate earlier this year for the president’s position at Goodwill of Central Indiana, he was asked to title a chapter in Goodwill’s history book that would describe his future tenure.

His explanation: “I look at some of the initiatives that we have going on, they’re on the verge, a tipping point. When you have that critical mass of activity, and it hits that tipping point, all of a sudden the impact becomes enormous. And that’s where I feel we are on an education front and definitely on workforce development,” said Kramer.

Kramer was hired as vice president of retail in 2002. His task was to grow Goodwill’s retail revenue. But growth for growth’s sake was not the goal. Goodwill’s board saw the additional revenue as a way to boost its mission.

In his first 10 years, Kramer and his team were successful in increasing revenue from the retail side. They boosted the number of stores to 52 from 24 and grew the number of employees at those stores to 2,200 from 700. Since then, new concepts like e-commerce and outlet and boutique stores have been introduced. Goodwill’s Central Indiana staff is now at 3,200, and last year, 30 Goodwill agencies from around the country visited Indianapolis to learn more about retail growth.

But that’s not all that’s grown. Kramer saw the organization’s work with people and families take a more holistic approach. Although Kramer is proud of opening those stores, he sees the broader effect of increased revenue. Goodwill has taken on a larger mission – helping people get to economic self-sufficiency. Two ways that Goodwill plays a significant role in reducing poverty and the array of accompanying social problems is through its Excel Centers and its Nurse-Family Partnership (NFP), both launched in the past decade.

Education has been part of Goodwill’s program portfolio since 2004, when it opened its first charter high school – Indianapolis MET High School. Since its opening, Goodwill has learned many lessons from that venture.

Those lessons spurred the opening in 2010 of the first Excel Center, a dropout recovery charter high school at Goodwill’s headquarters on Michigan Street on the city’s Westside. Designed for students 18 and older to gain a high school diploma, the first school had more of an online approach. Goodwill realized, however, that students needed an adult to coach them and hold them accountable, so the model was modified.

“We have Goodwill to surround these people. We help place them, we help coach them to success, we help knock down barriers that might still exist, and we stay with them to make sure they’re successful,” said Kramer. “All of our expansion efforts have gone to the Excel Center, and it’s kind of like, it’s on fire, and we want to keep feeding that fire because of the results.

“Let’s say, if only half of them of those come off of public assistance, that’s pretty significant,” Kramer continued.

Now there are 11 Excel Centers in Central Indiana, with two new locations in Noblesville and on the Southside near the University of Indianapolis. It has also licensed three centers through Goodwills in other cities — South Bend, Memphis, Tenn., and Austin, Texas. And in October, the Annie E. Casey Foundation is supporting the growth with a grant to bring 15 Goodwills from around the country to Indianapolis to learn more about the centers.

Continuous improvement is one of Goodwill’s key principles and its boards’ regularly review growth and impact. Goodwill has three boards – general operation, education and foundation. Each board requires that at a one-year anniversary, and then again at two years after an operation is in place that the staff dusts off the original proforma and matches it up with actual results.

“Basically at board meetings, we give a mission impact report. If we have underperforming programs, which we’ve had in the past, and if we’re not getting the impact we need, we’ve made that decision to remove ourselves from it,” Kramer said. “The last thing that we want to do is to take donations from either used-goods donors or cash donors, and invest in something that doesn’t have a mission return or an economic return. Ultimately we look for both.”

Goodwill also is always looking for better ways to analyze data to show how it is changing lives. In an 2013 economic impact assessment for Goodwill, for example, Ball State University found that in its first two years Excel Center graduates showed gains in average annual wages of $4,572.

So it’s not surprising that impact was a critical factor when Goodwill was researching the Nurse-Family Partnership (NFP) as a potential program to bring to Indiana. One of the attractions was that the program collected 2,000 data points for every client it serves and had nearly four decades of evidence to support its effect.

The program, headquartered in Denver, has a holistic approach to working with low-income mothers and their families. Each first-time mother is matched with a registered nurse who has regular contact with the family until the newborn turns 2 years old.

Since Goodwill of Central Indiana and the Indiana State Department of Health launched the program to Indiana in 2011, it has served 600 families. This year with additional support and connections to local Goodwill agencies, NFP announced programs for Lake, Madison, Delaware, Tippecanoe and White counties, and with support from private donors in Indianapolis, it will provide services to mothers living in high-risk zip codes.

But the program offers more than trying to ensure the health of a newborn. As the nurse and mother build trust, the nurse has conversations about family self-sufficiency and how this new mother might provide financial support for her family. Those conversations have led some of the mothers to enroll in the Excel program. Besides a high school diploma, the centers offer specific certifications for jobs like pharmacy technicians, electrical systems technicians, welders and information technology techs.

In order to initiate new programming, the ability to invest is critical. Expanding, according to Kramer, takes a good organizational financial backbone and cash to work with. With foresight 45 years ago, Goodwill established a foundation that allows investment in innovation and provides working capital to incubate ideas.

Growth, as Goodwill has learned, cannot always be achieved with existing staff.

“We had to hire those competencies. Sometimes when you’re growing and you’ve got an opportunity to grow fast, it’s difficult to have 100 percent home-grown talent.

“Goodwill historically has been a very entrepreneurial type organization, so you’ve got to have leaders that embrace that idea and embrace change, and not only embrace it but are change agents themselves. Status quo is a very difficult world to live in if you want to grow,” said Kramer.

Since Kramer was announced as Goodwill’s president, everyone asks him what’s next. For him, it’s not new projects, but moving things in a solid direction.