In June, the Department of Labor (DOL) announced proposed changes to the Fair Labor Standards Act, which outlines overtime exemptions for white-collar workers.

The proposed changes would extend overtime protections to nearly five million workers within its first year of implementation, making many positions that are currently considered overtime exempt under the act, nonexempt and eligible for overtime.

Last year, for example, staff members of a Downtown nonprofit each worked an average of 55 hours a week with annual salaries of $40,000. This organization has 35 employees. Under the changes, this nonprofit’s staffing budget would rise approximately 56 percent, an additional $22,500 in overtime for each staff member or a total of more than $787,500.

This proposed change could be a costly one for employers, especially nonprofits that already operate on slim budgets.

Exceptions to this would include outside sales, teachers, doctors and lawyers. However, for most general business positions this ruling would apply.

There are many other proposed rule changes but the above are just a couple that are sparking attention.

You can view the detailed rule change proposal at http://www.dol.gov/whd/overtime/NPRM2015/OT-NPRM.pdf.

The good news is that the DOL is seeking feedback on its proposed changes during the current public comment period through September 2015. Once the comment period ends, the DOL will review all feedback and work to finalize changes.

Based on historical decision-making data, we can expect to see final rules around second quarter of 2016.

In the meantime, employers should stay up to date on developments regarding the proposed changes and evaluate its workforce.

Currently, Synergy is working with its clients to plan ahead by:

Thankfully, these are just proposed rule changes at this time but the DOL is very clear that changes will be made.

Unfortunately the specific changes won’t be known until sometime next year. 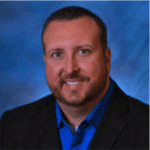 Jeremy York, SPHR, SHRM-SCP, is a Human Resources Field Representative for Synergy PEO Services.  With over 15 years experience, he provides strategic and generalist HR support to local nonprofit organization leaders and their staffs. Jeremy has a bachelor’s degree from Purdue University in Organizational Leadership and Supervision and a master’s degree from Indiana Wesleyan University in Management. He is the current director of certification for the Indiana State Council of the Society for Human Resource Management (SHRM) and serves on the IndySHRM board of directors as the past president.