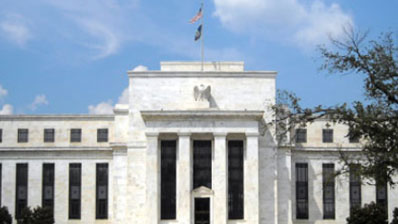 By charitableadvisorsNovember 2, 2020Sponsor Insight
No Comments

At its September meeting, the Federal Reserve (Fed) left the Fed Funds Rate unchanged between a range of 0-.25%. More importantly, the Fed indicated its intention to hold the rate there until at least 2023. The Fed stated its expectation to maintain this target range until labor market conditions reached levels consistent with the policymaking committee’s assessments of maximum employment.

In its statement, the Fed also shared its intention to maintain an accommodative stance until the U.S. economy achieves inflation averaging 2% over time and longer-term inflation expectations remain anchored at 2%. The statement reflected the central bank’s new policy framework in which it will allow inflation to overshoot its 2% target after periods of lower inflation. Simply put, the Fed appears positioned to remain extremely accommodative for some time to come.

The Fed’s commitment to obtaining a 2% average inflation rate demonstrated its intent to not enact yield curve control, but instead to continue to foster liquidity where needed. Ultimately, the Fed appears to be signaling that it will allow longer-term yields to rise while holding short-term rates down. This strategy seems necessary to obtain the Fed’s goal of full employment and 2% average inflation. Holding short-term rates low is focused on encouraging full employment while providing room for intermediate and long rates to drift up, which should assist with the goal of achieving higher inflation.

Assuming the Fed is successful, its strategy should result in a widening of the yield curve where investors are paid more yield for taking on longer maturities. One of the goals of such a policy is to encourage financial institutions to make more loans. The idea being that a steeper curve provides more attractive profit margins on the loans. A loan’s rate is typically based on intermediate and long-term interest rates where the money used for the loan typically comes from bank deposits whose rates are typically tied to the shorter end of the yield curve. The difference between what a financial institution pays for deposits and what they charge for a loan is how they make money on lending. As a result, the wider the spread between the two, the more opportunity for profit.

Ultimately, the Fed plans to keep short-term interest rates low while allowing intermediate and long-term rates to drift higher. It appears it is their intention to stick with this strategy unless inflation rises above their 2% average target on a sustainable basis. Inflation, generally speaking, is a function of:

If there is a longer-term inflation story to eventually tell, odds are the Fed remained accommodative too long. There has been significant conversation on this front given the Fed’s extremely accommodative monetary policy. While policy easing has been aggressive, such action seems appropriate in an emergency situation. A pandemic with an associated economic shutdown seems to qualify as an emergency situation. With that said, accommodative policy should always be accompanied by an exit strategy. The risk is that the Fed waits too long and prices overinflate. While at some point, the Fed will be faced with the decision to change policy, we believe, considering the present situation, that point may be several years away. As a result, we expect the Fed to be able to hold course with their present strategy for quite some time to come.

Dave Voris is a vice president in the Indianapolis market for Horizon Bank. As a senior treasury management officer, he works closely with middle market, nonprofits and small business companies in a broad span of industries. His 25 years of business experience have included treasury management, merchant services, and international banking including sales management, client service and implementation management, product management and electronic payment operations.

We also provide longer-term loans for asset purchases such as vehicles or equipment.  Visit one of our Commercial Banking Advisors at 317-608-2085 or dvoris@horizonbank.com