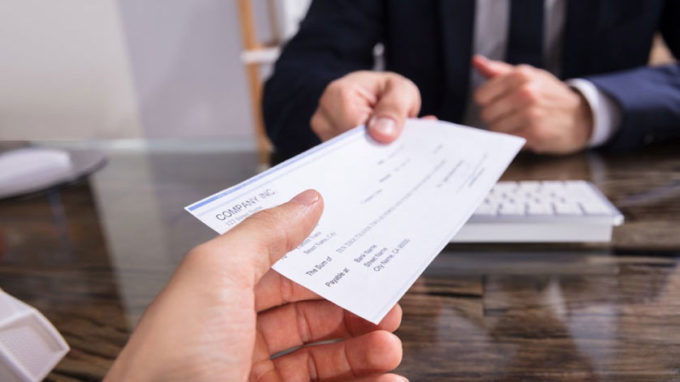 Nowadays, it’s easy to assume that small gifts* don’t matter. The U.S.’s biggest 50 individual donors gave $7.8 billion to nonprofits in 2018. The percentage of households that give is declining, even though total donations are increasing because major donors are giving more money.

First, when combined, small gifts can make a big difference for a cause.

In 2017, Hurricane Harvey struck the U.S. Gulf Coast. After disasters strike, the American Red Cross funds shelter, here food and relief items, basic health and mental health services, and other support. In the wake of Harvey, the Red Cross received over one million donations of gifts under $100. These gifts totaled over $35 million. Small gifts and funded immediate relief and long-term recovery efforts for hundreds of thousands of displaced Americans.

Second, small gifts matter to the nonprofit sector as a whole.

In 2016, 53.09% of households gave to charity. While this percentage declined from 2000 to 2016, it illustrates that the majority of American households do donate. These donor households gave an average amount of $2,763, supporting all kinds of nonprofit organizations. Individual donations (including bequests) totaled $331.8 billion in 2018, or 77% of charitable giving. Even though large donations are crucial, many, many small gifts also contributed to this total.

World Vision US (WVUS) received its first donations from Dave and Dana Dornsife in the 1980s, when the Dornsifes click began contributing $20 to cover a monthly child sponsorship. Thirty years of continued donations later, and the Dornsifes gave $35 million in matching fund donations from 2011-2015. The match inspired over $256 million in donations, bringing clean water, sanitation and hygiene to 8.6 million people. Good stewardship and donor capacity can combine, leading to larger gifts and inspiring other donors to make contributions.

How can nonprofits and fundraisers build support for and sustain small gifts?

1.) Craft a strategy and fundraising plan that matches the audience at the given gift level.

It’s not sustainable to use the same strategy for a major donor as you would use for an annual fund donor. Tailor targeted approaches for each gift level and population that you’re soliciting and stewarding.

2.) Once you create a strategy, map out a plan and be sure to evaluate it.

Make sure that the strategies you’re using to earn those small gifts are cost-effective for your organization. Always evaluate the solicitation effort and consider what needs to be done differently if necessary. Implement new goals and tactics if previous efforts didn’t work.

3.) Once you identify new donors, create a plan to effectively engage with them.

Invest in communications and donor engagement. Craft a holistic strategy that not only considers the acquisition of a first gift but creates a good experience after the gift is made. Thanks to new technologies, nonprofits now have a range of tools for personalizing donor experiences at all levels.

4.) Show all donors that you know who they are.

Thank them. Spell their names correctly. Recognize donors in communications. Not only does it encourage them to give to your organization again, but nonprofits also have an ethical responsibility to document and demonstrate that their donor information is correct.

5.) Make sure to communicate the impact of giving on the cause.

Overall, donors expect information that tells them about the good they are doing. Not only will this help steward donors appropriately, showing what gifts achieve makes the case for future contributions (and involvement) at various levels.

Every donor should feel valued and know that they and their gift matter. Stewarding gifts properly is a part of our ethical responsibility … and a key to ensuring nonprofits’ financial futures.

*Small gifts may be defined as under $100 but the definition varies depending on the organization.

Genevieve G. Shaker, Ph.D., is associate professor of philanthropic studies at the Indiana University Lilly Family School of Philanthropy at IUPUI. Her research focuses on fundraising, higher education advancement, philanthropy in the workplace, and philanthropy, public good, and faculty work. She is associate editor of the journal Philanthropy & Education.

Abby Rolland serves as the communications project manager at the Lilly Family School of Philanthropy, and is also working towards a master’s degree in philanthropic studies. She holds a bachelor’s degree in history from Gettysburg College.