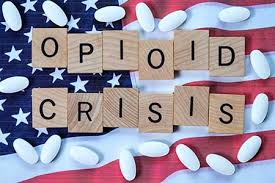 By Lynn Sygiel, editor, Charitable Advisors For more information about Indiana’s Next Level Recovery Initiative, visit: https://www.in.gov/recovery/ Jim McClelland first tried to retire five years ago after leading Goodwill of Central Indiana for 41 years. He planned to travel a bit with his wife, Jane, and maybe write a book. Those plans changed in 2017 […]

By Lynn Sygiel, editor, Charitable Advisors The need was out there. It was just flying a bit under the radar until a women’s group took it upon itself to recognize it and do something to fill it. Like many parts of Indiana, Wayne County, in the eastern part of the state along the Ohio border, […]

Compiled by Lynn Sygiel, editor, Charitable Advisors | This year’s Indiana legislative session was not without controversy. Of the over 1200 bills that were originally filed for the session, several hundred made it through the entire process and were eligible for action by the governor. In addition, lawmakers approved a two-year $31 billion budget, which […]